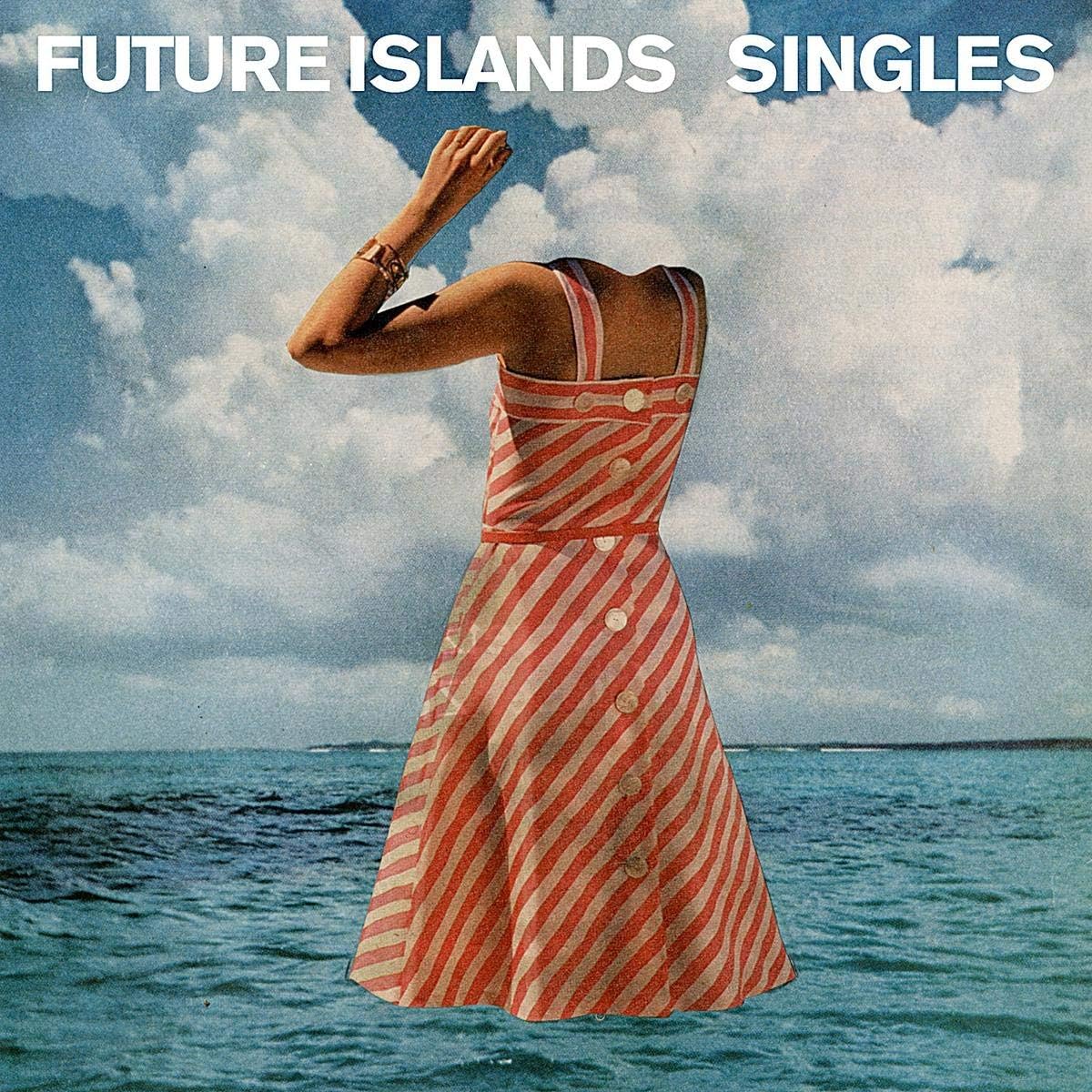 On March 25th, Future Islands are set to release Singles, their 4AD debut and their boldest and most immediate work to date. Despite the kind-of-just-a-little-bit-confusing title, it is not a collection of singles but is, in fact, a completely new full-length record.

"p"Singles follows 2011’s On The Water (Thrill Jockey) which earned a Best New Track nod from Pitchfork for the song 'Balance' and 2010’s In Evening Air (Thrill Jockey) which the LA Times praised for its “icy synth-pop melodies [and] lo-fi soul.” The band played an NPR Tiny Desk Concert, the main stage at 2013’s Hopscotch Music Fest.

“The song's another shimmering slab of dreamy pop music, complete with melodic vocals and breezy instrumentation. - Exclaim! on premiere track Seasons (Waiting on You)

"p"Artist amp; Album Information "p"Future Islands believe in true love, you can tell that because their songs speak through our lives. It’s as if their music has always been with us, soundtracking every great hope, dawning realization and broken promise. Every fond embrace, each leap of faith. Over the last eight years Baltimore’s most quixotic and emotionally involving trio have maintained an admirable level of skill and pace, never slowing down for the corners. Their sound is at once beguiling and irresistible. It’s one part melancholic, one part euphoric; full of animated basslines, robust drum machines and questing keyboards, all set off by Sam’s remarkably distinct, soaring vocal. "p" "p"Returning with their new album ‘Singles’, Future Islands have refined their unique sound further still. Having worked with Thrill Jockey and Upset The Rhythm previously, Chris Coady (known for his enduring work with Beach House, TV On The Radio, Grizzly Bear) mixed and produced their 4AD debut, leaving his luminous fingerprint across the album’s radiant collection of pulse-grabbers and slow-burners. Packing an ever harder punch, it makes for a deeply resonant listen; an affectionate hand on the shoulder. "p"‘Seasons (Waiting On You)’ kicks off the record in a decidedly jubilant yet soulful manner, typical of the band’s most recent 7”s. It’s got all the passionate delivery and exuberance you’ve come to expect from Future Islands, only there’s a new found relaxed distance and maturity at play. “People change, but some people never do” Sam wistfully calls out, fighting the corner for each nagging doubt and irrepressible desire that won’t back down. Whilst the song ebbs into hushed violin flurries and we’re left considering the grave of love, ‘Spirit’ leaps up, tumbling us over before chasing its descant deeper into the album. Future Islands are perfectionists at teaming up some suitably yearning subject matter with an upbeat musical response and ‘Spirit’, much like ‘Doves’ and ‘Light House’, is a good case in point.

is a leading international journal publishing the latest research and reviews on all areas of neurological sciences.

Journal of Neurology, Neurosurgery and Psychiatry is a Plan S compliant Transformative Journal.

Journal of Neurology, Neurosurgery and Psychiatry (JNNP)'s ambition is to publish the most ground-breaking and cutting-edge research from around the world. Encompassing the entire genre of neurological sciences, our focus is on the common disorders (stroke, multiple sclerosis, Parkinson's disease, epilepsy, peripheral neuropathy, subarachnoid haemorrhage and neuropsychiatry), but with a keen interest in the Gordian knots that present themselves in the field, such as ALS. With early online publication, regular podcasts and an immense archive collection (with the longest half-life of any journal in clinical neuroscience), JNNP is a trail-blazer and not a follower.

Subscribers to JNNP also have access to Practical Neurology and the Journal of NeuroInterventional Surgery.

The Journal of Neurology, Neurosurgery & Psychiatry is currently recruiting an Editor-in-Chief to officially start in January 2022. Applications are now closed.

JNNP accepts submissions of a wide range of article types, including review articles and original research.

The Author Information section provides specific article requirements to help you turn your research into an article suitable for JNNP.

Information is also provided on editorial policies and open access.

Diffusion and functional MRI findings and their relationship to behaviour in postconcussion syndrome: a scoping review

Hypothyroidism is associated with prolonged COVID-19-induced anosmia: a case–control study

Neurology and neuropsychiatry of COVID-19: a systematic review and meta-analysis of the early literature reveals frequent CNS manifestations and key emerging narratives